Cue the Jew for a fun little blog about DJing for Bar and Bat Mitzvahs! So get your yarmulkes on, break out your Tallit, and prepare yourself for a Yiddish expression or two. Because oy gevalt, here we go! While DJing for Bar and Bat Mitzvahs has many similarities to other celebrations like a Sweet 16 or a Quinceañera – a Miami staple for Catholic girls on their 15th birthdays – it, too, includes unique religious symbolism and ritualistic components that must be honored. Sure my own Bar Mitzvah was more than 20 years ago. And granted I can’t read a lick of Hebrew today. But having been a proud member of “the tribe” for my entire life it was my pleasure to become Dry N Wet’s “resident advisor” (those in the know will appreciate the play on words) on this important topic. It’s an important topic for two reasons: Miamians of all races, religions, colors, creeds, and ages, love (live) to party. In case you haven’t driven through North Miami Beach, bar hopped in Brickell, or strolled along 41st Street in Miami Beach, the 305 is home to a lot of Jewish people. Is our tropical city as bagel and lox obsessed as our neighbors to the north in, say, Brooklyn or Larchmont, New York? Nope. But in a tri-county region of over 6 million people, Jews make up over 8 percent of South Florida’s population. Considering that there are only 14.5 million Jews in the world, this is an impressive statistic. Move over Jerusalem and Tel Aviv, Miami is cutting in. 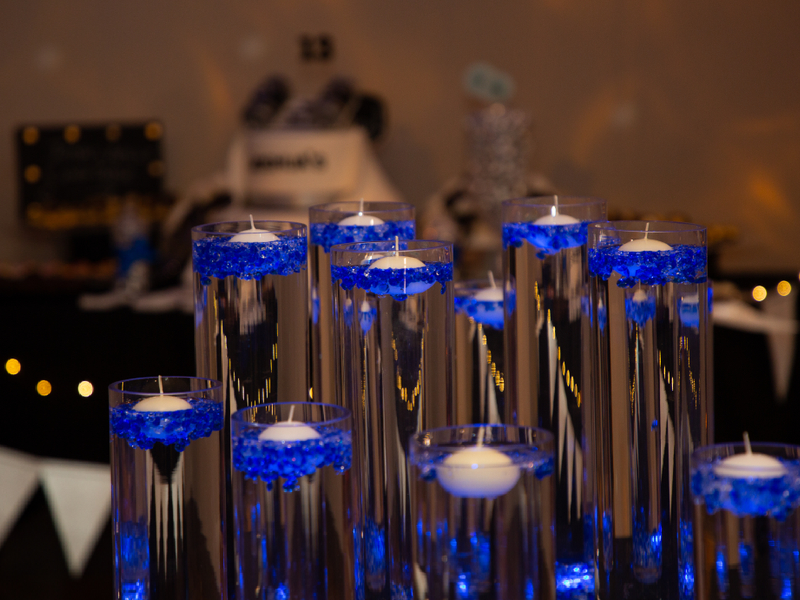 Bar/Bat Mitzvah Basics: In with the Old (Testament) and Out with the New

When DJing a Bar or Bat Mitzvah (bar is the prefix for boys and bat is for girls) it helps to understand what the ceremony is all about. A Bar/Bat Mitzvah, which in English translates to “one who is subject to the law” is a coming-of-age ritual where a 13-year-old boy or girl is considered an adult member of the Jewish community and must immediately become an attorney at a law firm that includes the name Finkelstein. (Hint, hint, half of that sentence is false. ☺) To prove his or her worthiness of that transition, the bar/bat mitzvah (which is also used as a noun) is called to read a passage from the Torah, which roughly corresponds with his or her date of birth and extrapolate contemporary meaning from the passage and how it relates to their life. For our Christian readers and those of other faiths, the Torah is the first half of the bible, known as the Old Testament. In addition to this responsibility the bar/bat mitzvah is required to lead sections of the Friday night and Saturday morning services in prayer. Usually this service is performed in a temple and sometimes at the party venue itself. If the religious ceremony is performed at the venue, the DJ may be responsible for audio and lighting needs. For Reconstructionist, Reformed and most Conservative American Jewish families (terms that identify increasing levels of religious observance) a party follows the formal component of the event. Bar/Bat Mitzvah celebrations can range from small, intimate gatherings among friends and immediate family, or they can be all-out extravaganzas that rival the most expensive weddings. Venues alone can cost up to $2,500 at $125 per guest. Regardless, once the ceremonial part of the weekend is concluded it becomes the DJ’s responsibility to oversee additional spiritual elements. Some of those elements include: Organizing guests into a floor-wide circular dance known as the Horah. The Horah, or chair dance is an Israeli circle dance danced to the music of Hava Nagila, a traditional Jewish song. The bar/bat mitzvah and later their parents and siblings are often raised into the air on chairs while their friends and family dance in a circle around them. During the Horah additional Jewish songs may be played. Introducing a relative to perform the HaMotzi. This is the Hebrew blessing over bread, which in Jewish culture signifies the beginning of any meal. While most often said relative performs the Hebrew reading there are occasions where a DJ or MC may carry out or assist in this function, especially if the speaker is elderly or infirm. The transliterated text (a phonetic English spelling of Hebrew words and sounds) reads like this: Baruch atah, Adonai Eloheinu, Melech haolam, haMotzi lechem min haaretz. The blessing over the wine is: Baruch Atah Adonai Eloheinu Melech ha’olam borei p’ri ha’gafen. The DJ/MC may also be required to stop all party music at certain portions of the evening to redirect attention to the bar/bat mitzvah and family where a video montage is played of the child’s young life. Toasts and blessings from the parents may also occur. DJs/MCs must keep the guests quiet and attentive. Other than these early-party ceremonial moments the role of the Bar/Bat Mitzvah DJ is pretty standard. Open format DJs tend to be the most popular. However, metro Miami, with its 70 percent Hispanic population, a Latin influence is not out of the question as contemporary music includes Reggaeton, Bachata, and other Latin subgenres. Make certain the DJ you hire is well versed in playing the formats he or she advertizes. 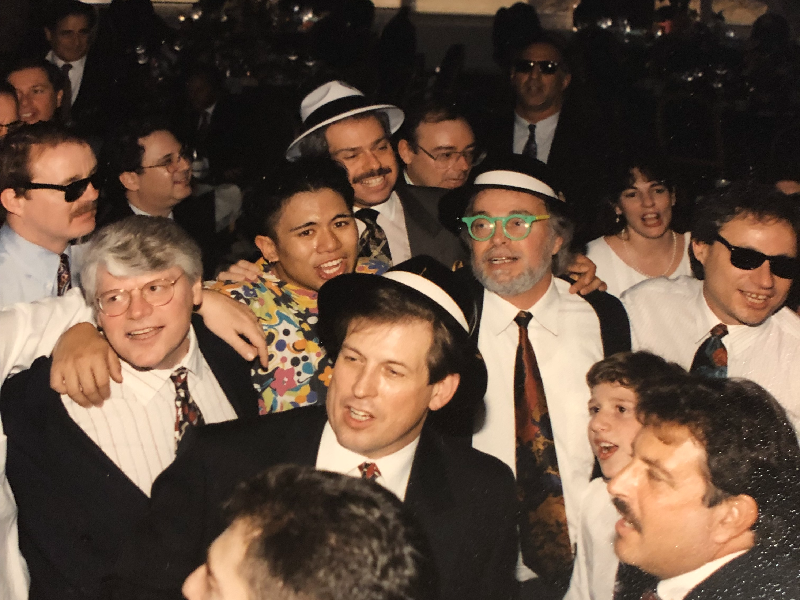 A final idiosyncrasy of the Bar/Bat Mitzvah experience is the need for the DJ to play the role of “ringleader” throughout the night. This is not necessarily a Jewish cultural specific. It’s more likely a function of the age group being entertained. Twelve, 13 and 14-year-olds aren’t always the best at socializing or getting up onto the dance floor – especially if that dancing is co-ed. DJs/MCs must be hyper aware of their young audience, and engage them with lively, encouraging interaction. They may also be required to orchestrate dance floor games. Coke and Pepsi is the time-honored classic. Each person finds a partner and lines up across the dance floor opposite each other. One side is team Coke and the other side is team Pepsi. When the DJ says, “Coke” the Coke side runs over to the Pepsi side and sits on their partner’s knee. If the DJ says “Pepsi,” the opposite happens. If the MC says “Dr. Pepper” the kids switch sides. If the DJ says any other soft drink and a team member begins to run, their team is eliminated. The last team standing wins. For DJs and event planners alike, Bar/Bat Mitzvahs make for great party opportunities. Unlike other gatherings that have a seasonal component, these parties are year-round affairs. There is no off-season. As Miami approaches the 2019 wet season, (for statistical purposes the National Weather Service places the start date at May 15, though it could arrive as late as early June) a time of year where our tourism influx drops, and leads to a decline in restaurant and hotel occupancy rates, Bar/Bat Mitzvah celebrations are a great way to offset the seasonal difference. From Dry N Wet’s Jewish-writer-in-chief and equal opportunity deity endorser, my best advice to a Bar/Bat Mitzvah DJ is this: a recitation of the Golden Rule. Yes it comes from Christian liturgy and yes its underpinnings can be found in Matthew 7:12. But “do onto others as you would have done to you,” crosses all religious sects and denominations. Treat the bar/bat mitzvah, his/her family, and their guests with respect and select songs throughout the night that would not be considered obscene or offensive, and be at the ready to infuse the party with your positive words and energy and I guarantee you’ll be raising a glass (not Manischewitz, I promise) to a fantastic night. Just be sure that when you raise that glass, you conclude your toast with the Hebrew phrase “L’Chaim” and you’ll be welcomed as an honorary Jew for sure. Enjoyed this blog? Then stay tuned for Part II of our look into Jewish culture and how to DJ the best Bar/Bat Mitzvah ever, along with top-quality entertainers, dancers, lighting, sound, microphones, and more! 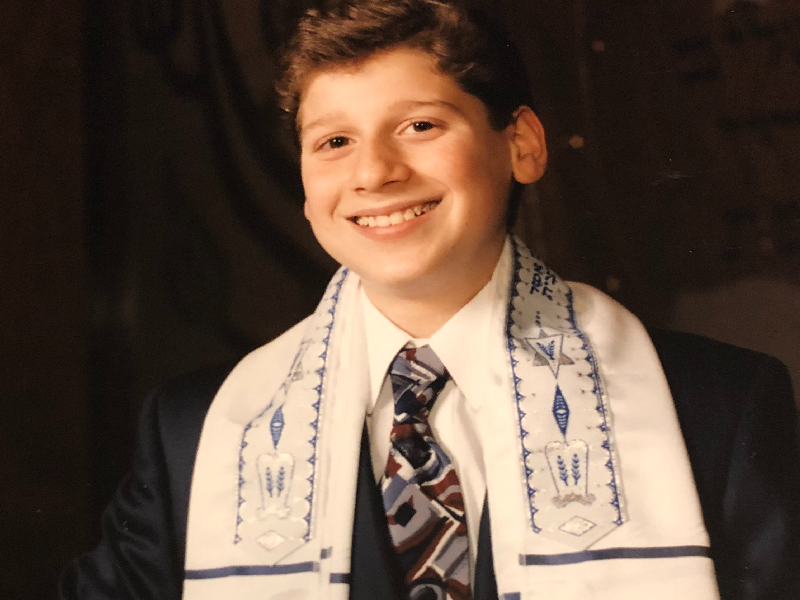